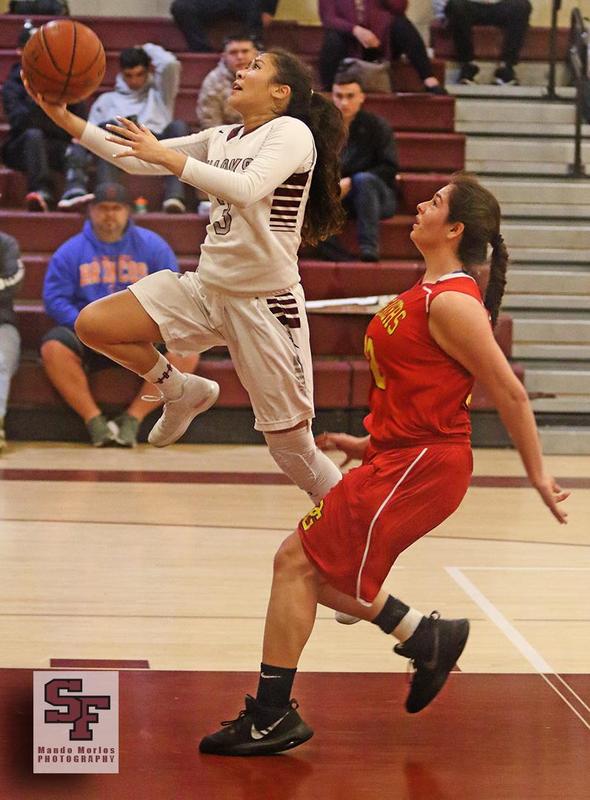 Congratulations to three Lady Sharks for being named to the PCAL-Cypress All League Team. The Sharks were co-champions in the PCAL Cypress Division and then won a CCS playoff game.
Senior Janessa Yniguez was named the PCAL Cypress MVP and also being named 1st Team All League, Yniguez finished her career with 1,008 career points. In league play in 2018-19 she averaged 20 points per game, 4.2 rebounds, 4.7 assists and 3.5 steals a game.
Senior Tanya Gallo was named 2nd team after finishing with 9.3 points per game and 10.1 rebounds a game in PCAL play. Junior Grace Kovacs was named to the sportsmanship team. She averaged 4.7 points per game and 3.4 rebounds per game, but where her role was big for the Lady Sharks was on the defensive end where she would guard the opponents best scorer and she held that person to an average of 9.9 points per game on the season. Only one time did an opponent score more than 50 points in PCAL play vs. the Sharks. Congratulations to these great student/athletes. Go Sharks!
Published February 24, 2019 Print